These days, it seems like every day is an excuse to celebrate something (i.e. National Hot Dog Day ? or International Day of Mine Awareness ⛏). And while National Women’s Small Business Month in October may seem like just another made-up celebration, it’s actually a great opportunity to step back and appreciate all of our hard-working, second-shifting females. Check out our favorite female-founded companies below.

In 2016, 38% of all businesses were owned by women and this number is only bound to increase since 40% of all new entrepreneurs are female (according to the 2017 Kauffman Index of Startup Activity). Here are a few of the many manifold businesses founded by women that we’re seriously crushing on.

Before we begin, it’s absolutely dire that we give a quick shout-out to Bevi’s own female co-founder—Eliza Becton, otherwise known as the “Mother of Bevis.” Bevi was hatched from her Master’s thesis in industrial design at RISD to out-design bottled water. Eliza has nurtured that fledging idea into these full-grown Bevi machines, all of which, combined, are saving over 1.5 million plastic bottles from being produced per month. ? Eliza, you the real queen. ?? ✨ Ex-Tindr executive, Whitney Wolfe, co-founded Bumble after being fed up with the unchecked sexual harassment that their app and, at that time, their office was infamous for. Known for its female-first response feature, Bumble flies its feminist flag proudly. After finding success as a dating app, they branched out with a novel friend-finding platform—Bumble BFF—and, more recently, into the business networking space with their LinkedIn competitor—Bumble Bizz. With women-empowerment at the forefront of their mission, Bumble is a company we’re totally sweet on. ?

Gobble’s claim to fame in the crowded meal-prep delivery service space is its 15-minute cook time and (mostly) one pan meals. ? The idea came to Ooshma Garg while she was struggling to eat well as the CEO of Anapata (a startup she founded as a junior at Stanford which focused on helping companies hire underrepresented and more diverse candidates). What began as a Craigslist ad seeking chefs who would cater home-cooked $8/plate meals for Garg and her friends has become Gobble, a multimillion-dollar company serving over a million Instagram-worthy meals a year. We’re definitely crushing hard on this company and its undeniably fierce Forbe’s 30 Under 30 female founder. ?

The female co-founder and CEO of this company is a rocket scientist, literally. ??‍? Armed with a PhD from MIT, Natalya Brikner and her co-founder, Louis Perna, made an enormous breakthrough in the space industry by creating “miniature electrospray ion engines.” These penny-sized propulsion devices will provide small satellites with the ability to correct their positions while in orbit, which will extend their lifetimes from months to years and was totally unavailable before. Not only is her technology changing the way space tech works, but Natalya is also revered in the company as a brilliant and fearless leader. ?? Talk about #WCW. 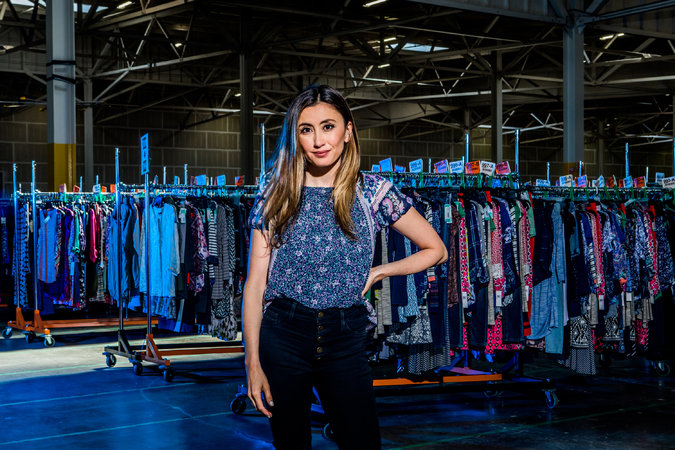 With Stitch Fix, Katrina Lake has succeeded where so many others have failed—a successful clothing subscription company. Stitch Fix works like this: upon signing up, clients fill out an extensive survey on style and outfit preferences. Then they’ll periodically receive a personalized box of clothes picked out by Stitch Fix stylists to try on in the comfort of their own home. They keep what they want to buy and return what they don’t. Using smart data analytics and prioritizing style and fit over discount pricing, Stitch Fix makes it easy to find clothing consumers actually love. ?

A smart collar for dogs ? 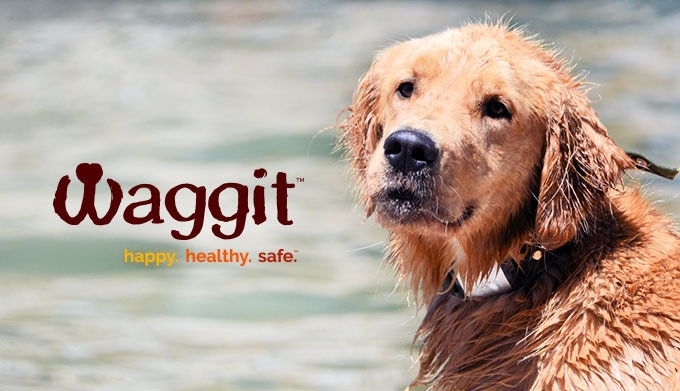 Wearables just got woof-friendly. The age-old question of what our furry friends are feeling can be partially answered by Waggit’s smart dog collars. In addition to location tracking, this collar also tracks your pup’s vitals and movements and uses these patterns to predict pain or illness. Founder and CEO Susan Sierota has worked with a number of veterinarians, cardiologists, and nutritionists to ensure the accuracy of the device, so that you can spot warning signs in your dog’s health immediately, rather than too late. Probably paws down the greatest pet tech yet. ?

An app for your podcasts ? ?

Co-founder and CEO Xiaoyyu Wang wants CastBox to be the “Youtube of podcasts.” Frustrated by the lack of players that supported different languages and which actually gave on-point personalized recommendations, Wang decided to create her own app. Geared towards “podcasts addicts,” CastBox will recommend shows based on the user’s search history and their listening behavior. They also recently released an in-audio search feature so “that one thing that one person said in that really cool podcast” can finally be found. Five stars for this stellar idea! ?

Crowdsourcing help for the homeless ✋? HandUp was Rose Broom and Sammie Rayner’s high-tech solution to helping the homeless population. The site allows visitors to crowdfund specific needs for homeless individuals or specific projects by non-profit partners. Projects have included a veteran seeking dental work, a woman raising money for a driver’s license fee, and purchasing a generator for a women’s center. One of HandUp’s novel initiatives is $25 gift cards that anyone can purchase to hand out to the homeless, and which the recipient can then redeem at Project Homeless Connect for food or other goods. This not only allows passersby to give responsibly but also encourages the widely undocumented homeless population to get in touch with case workers who can connect them to other programs or services. Serious slay points for Broom and Rayner for their admirable social entrepreneurship and creating an easy way for all of us to lend a hand. ⚡️ 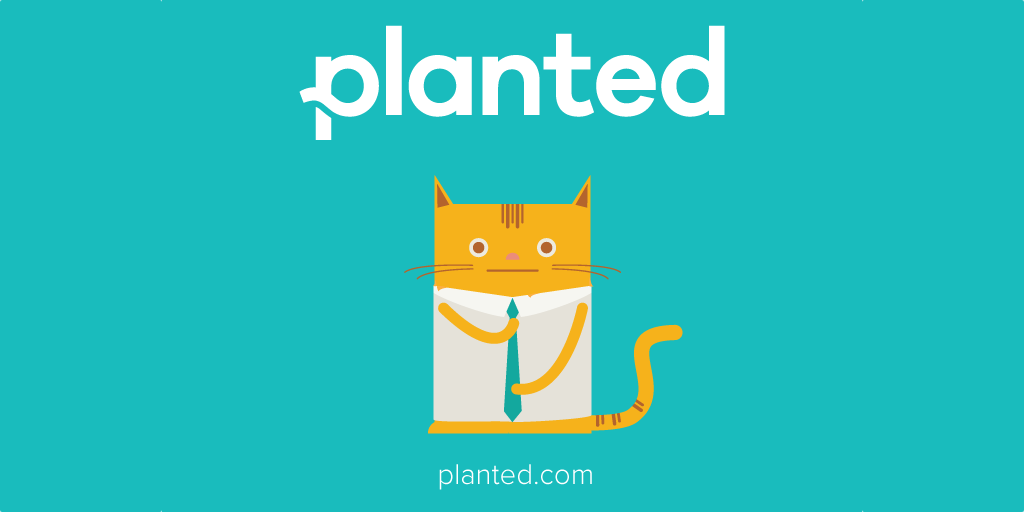 Founders Connie Wong and Suzan Zheng used their diverse backgrounds in finance, consulting, a dating startup, and fitness and event company Tough Mudder to create Planted, an online job search platform modeled after dating matchmaking. Both job seekers and managers receive a curated list of jobs and candidates, respectively, determined by an algorithm that takes into account a variety of resume and company details. The goal is to improve the overall hiring process on both sides, while reducing costs for hiring companies and addressing the gap in the market for hiring junior non-technical level team members. With additional resources like coaching, advice, and an online blog, Planted is invested in helping you reach full bloom. ? CEO and co-founder Shireen Yates founded Nima out of frustration from her own experiences with a gluten-allergy. No matter how careful she was, it seemed like Yates was always getting sick from unintentional exposure. She wished there was an easy way to test a food sample for gluten on the go. Yates and her team were repeatedly warned by respected members of the medical community that it would be impossible to create a portable gluten test or give results under 15 minutes. The palm-sized Nima produces results in 2-3 minutes. Talk about a clap back. ?? The Nima unit tests food samples using capsules and links to a phone app to record your data and connect you with the celiac community through restaurant reviews and tips. Basically, it’s life-changing for the gluten-intolerants among us. ?? Serious. ?? Props. ??

Encouraging hope for the homeless through art ? 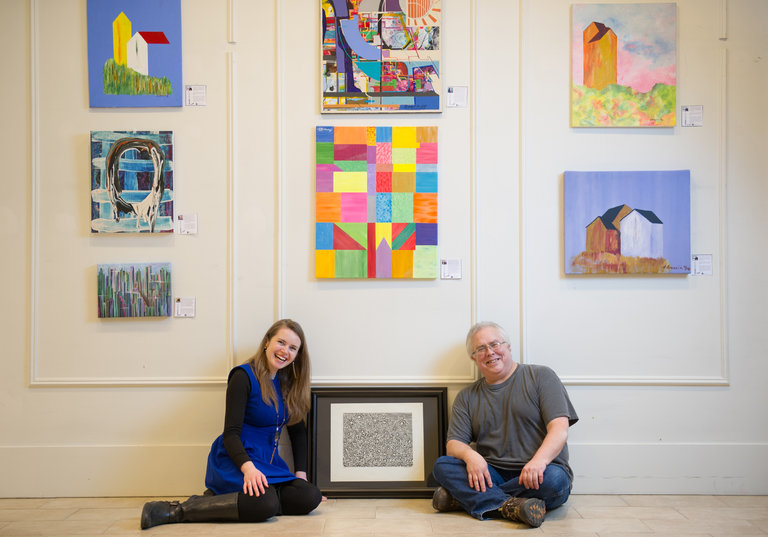 While working for LIFT, a national nonprofit that works to break the cycle of poverty, Liz Powers heard from many of her homeless clients that in addition to other daily difficulties, they felt incredibly lonely. Powers, an artist herself, wondered if art creation could be the solution. ? With a grant from her college, she spent a year establishing art groups within Boston shelters for residents to come together and create art. Inspired by the talent she saw, she organized a public art show for their masterpieces. The show’s popularity alerted her and her brother to the market potential, and together, they founded ArtLifting, a for-profit company that allows disenfranchised artists to sell their artwork and not only gain funds but also regain confidence in themselves. Pricing of the artwork ranges anywhere between $500 – 7,000 in a variety of styles and mediums. This concept (and the art for sale ?) is completely crush-worthy. ??

Tips and Tricks for Fitting Bevi Into Your Culture

Whatever your company vibe, Bevi can slot right in and reinforce it—it’s all about making it uniquely yours. That’s easier said than done, so for some added inspiration, consider these other easily-customizable ways of incorporating a Bevi into your culture: 1. Get into the Halloween Costume Contest For a pre-planned way to make Bevi your […]

Four Companies That Made Bevi Their Own

Cultivating a consistent company culture that permeates every aspect of your business can be a challenge. It’s a delicate ecosystem—the wrong hires, norms, and even office layout can threaten to throw it off balance. We know that something as big as a new machine can feel like a risk. Will it fit in here and […]

In February 2020’s Bevi Employee Spotlight, meet Maura Foley – a Business Development Representative at Bevi’s Boston office. Joined for just 5 months ago, see how Bevi has shaped her first working experience. What is your role at Bevi? I am a business development representative on the sales team. My team reaches out to potential […]